Jodrell Bank is set to open its highly anticipated First Light Pavilion on 4 June 2022, as part of a major development supported by £12.5m from The National Lottery Heritage Fund.

The striking new building will house a permanent exhibition on the pioneering story of Jodrell Bank, now a UNESCO World Heritage Site, along with an immersive planetarium, temporary exhibitions gallery, and café. This major addition to the award-winning attraction will open up the inspiring history of the site by sharing the stories of its scientists and its ground-breaking feats of science and engineering.

One such charming example is the story of Thomas Barry Wade, the father of The National Lottery Heritage Fund’s Executive Director, Isabel Hunt. Having lived through WWII and then completed his National Service, Barry put his civil engineering degree from Sheffield University to use at his first civilian job – as a trainee engineer at Jodrell Bank from 1951-1952.

During his time on the site, Barry and his colleagues worked on prototype versions of the famous Lovell Telescope. Images passed down from his working days showcase his and his colleagues’ engineering skills and provide an insight into what the Jodrell Bank site looked like at the time.

Barry not only shared treasured photographs with his family, but also shared his fond memories and stories. One standout memory that Isabel recalls is that Barry and his colleagues had an interesting name for what is now the Lovell Telescope – the ‘Hat Box’ telescope.

Sir Bernard Lovell had been seeking out a solution of how to balance the dish to create the structure of his now iconic telescope. The story amongst the men on site was that Lovell had a ‘lightbulb moment’ on how to solve the engineering conundrum when he opened his hat box to get ready for work one day.

Isabel remarked: “I don’t know if that was true or not, but it was one of my father’s lasting memories from his time there.

“When I joined The National Lottery Heritage Fund, I was really looking forward to making a difference for the UK’s heritage, but it was even more exciting to find out that one of our major investments at Jodrell Bank was intertwined with my very own family heritage.

“My father spoke very fondly of his time at Jodrell Bank, and along with all the other fascinating history being shared as part of the First Light Project, I am sure these stories will inspire the next generation of engineers.”

The opening of the First Light Pavilion in June, will firmly establish the Jodrell Bank site, which is part of The University of Manchester, as a major UK cultural destination. The site already boasts a uniquely multi-dimensional status as a UNESCO World Heritage Site, national visitor attraction, cultural icon, and globally significant scientific research facility.

Eilish McGuinness, CEO of The National Lottery Heritage Fund said: “Jodrell Bank is truly a unique heritage site, of national and international importance, with an inspirational story of Britain’s role as a leader in the science of the exploration of the universe, set in a landscape of great beauty and with iconic heritage at every turn. The National Lottery Heritage Fund awarded £12.5 million to the First Light Project so that the site’s powerful human stories of curiosity, exploration and discovery could be shared with the public. The stunning new building, its exciting exhibition, and an incredibly diverse and inclusive engagement programme, will all have a fantastic impact, delighting and inspiring every visitor, including the next generation of scientists following in the footsteps of Sir Bernard Lovell.” 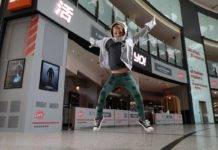 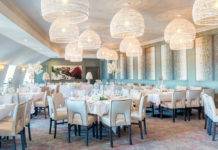 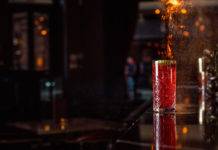 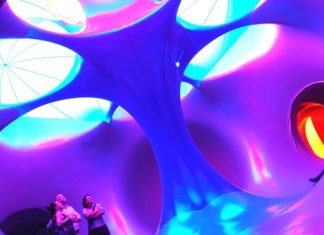